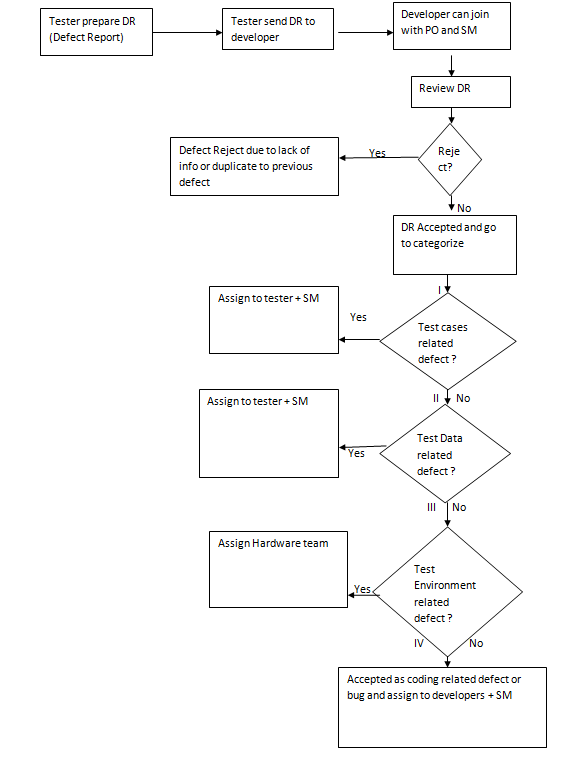 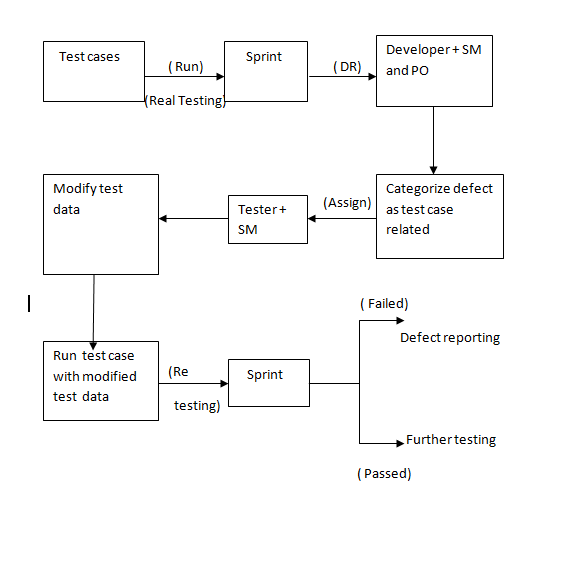 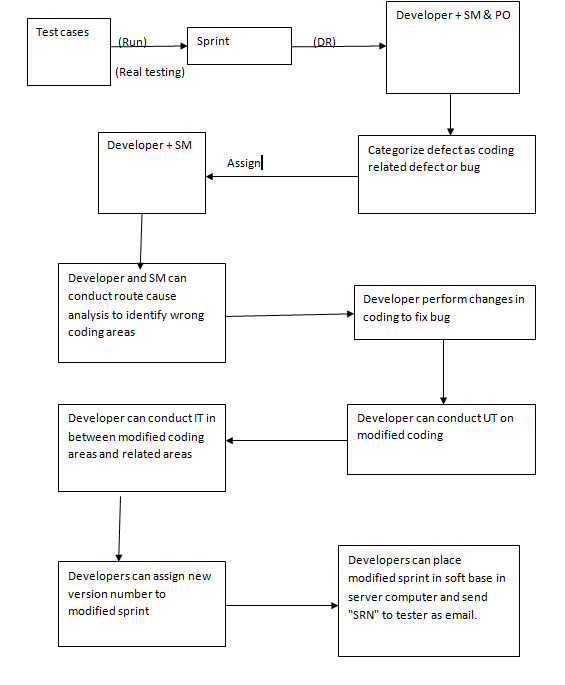 From the above process developers can place modified sprint with new version number in soft base folder in server computer.

Developers can send an email to testers by specifying details of

i) Enhancements and new features, 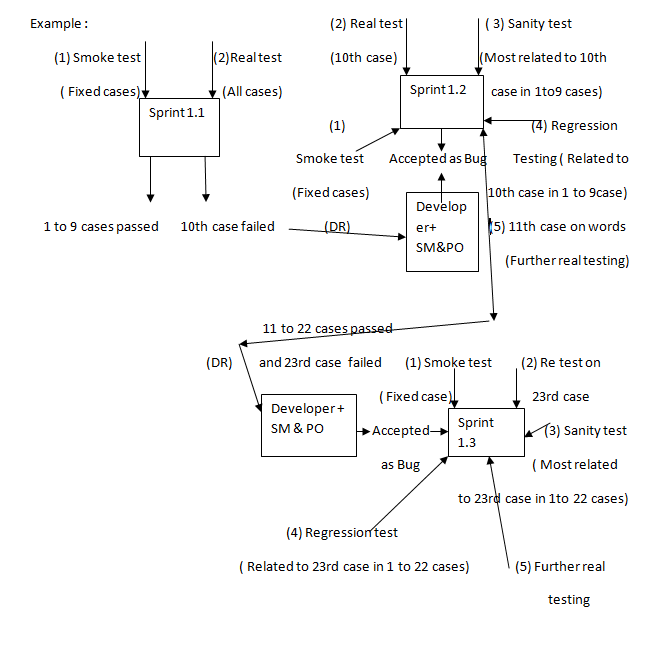 From the above example, testers can receive modified sprint build after fixing bugs by developers.

Tester can study “SRN” document given by developers to understand how bugs are fixed by developers and then related testers can conduct smoke testing by executing a fixed set of cases to confirm the modified sprint is working or not.

From the above bug life cycle, we can get below sub cycles:

Test cycle means the time gap in between to consecutive sprint releases from developers. 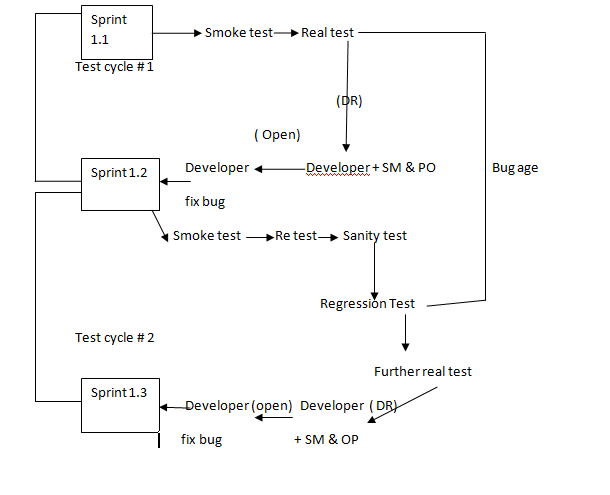 In this article we have seen Defect tracking process and Bug Life Cycle – Manual Testing Training .In the next article will see Test Closure.