After completion of all test cycles and all major bugs closing( Remaining bugs are deferred due to low severity and low priority), PO and SM can site with testers to confirm testing was enough in current sprint before release to customer. In this test closure meeting PO and SM can analyse bellow factors: 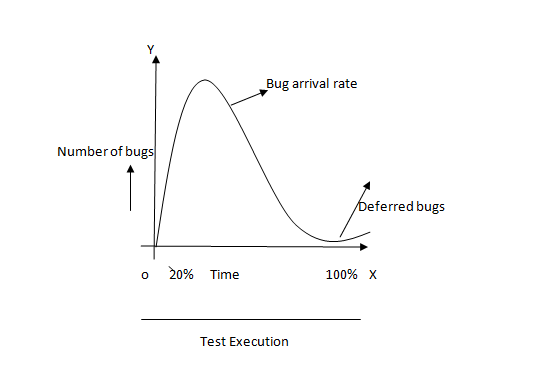 Deferred bugs are postponable or not?

After completion of test closure review meeting, testers can concentrate on final regression testing or post-mortem testing or pre-acceptance testing by following below process. 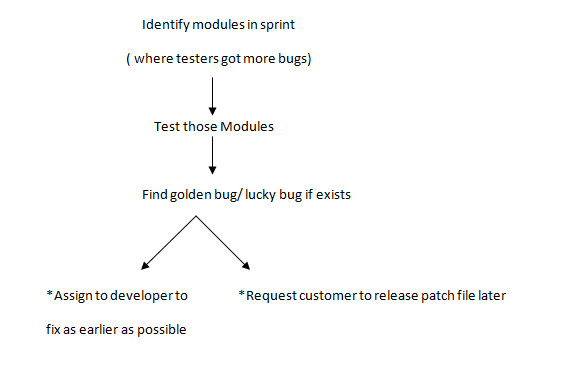 After completion of final regression testing, testers can concentrate on traceability matrix preparation in ms-excel or open office excel by following IEEE 829 rules.

The above like traceability matrix is also called as test summary report.

3) Early testing, means introduce developers and testers in a project on same day. 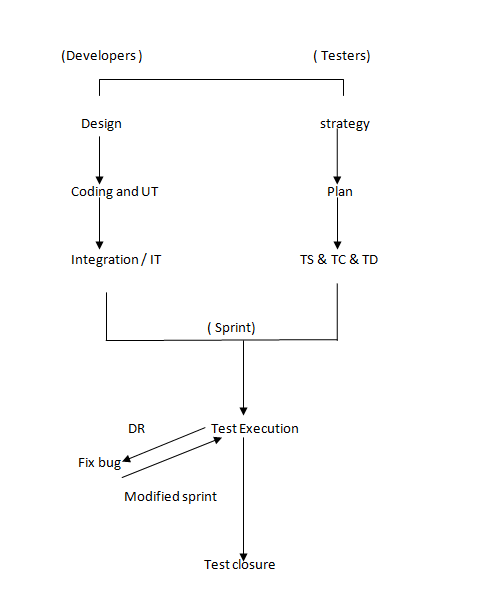 Due to lack of time, some testers can test main modules of the sprint instead of all modules.

Due to lack of time, some testers can test some modules randomly instead off all modules.

Due to lack of time, developers and testers can continue development and testing parallely.

Due to lack of documentation, testers can depend on past experience, discussions with customer, discussions with developers, internet browsing and operating similar software’s to understand project and test project.

Due to lack of skills junior testers can join with senior testers to share their knowledge during testing.

To improve skills of testers developers can release a sprint with known bugs.

In this article we have seen Test Closure – Software Testing Life Cycle – Manual Testing Training . This completes Manual Testing in brief and in easy way to understand.  In the next article on wards we will see Selenium Automation Testing.